Due to COVID-19 Puddletown School is currently operating an emergency child care center. Our elementary classes will be distance learning until our county meets the metrics defined by Governor Brown. Our Department of Education blueprint for reentry is here. Our protocols for Covid-19 in our preschool and elementary program can be found here. For information regarding enrollment for children ages 3-11 for the 20/21 school year and beyond, please email info@puddletownschool.com.

Jackson, a Puddletown alumni, came by today to teach the extended day children in the Sage classroom about math. 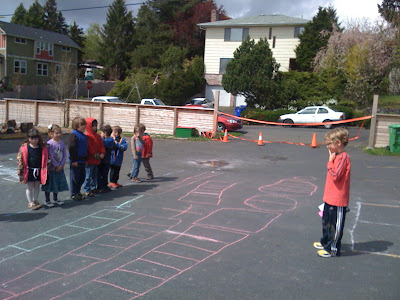 First he drew some big boxes for his equations and a line for the children to stand on while he explained. 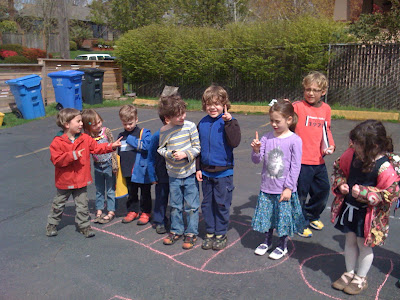 Above photo: 9 > 1 (9 represented by Fergus, Brave, Neil. Alejandro, Jonah, Max, Georgia, Phoebe & Genevieve [not shown] and Jackson as the counter)
Each child represented “one.” He told them where to stand, what type of equation they were doing and counted off. 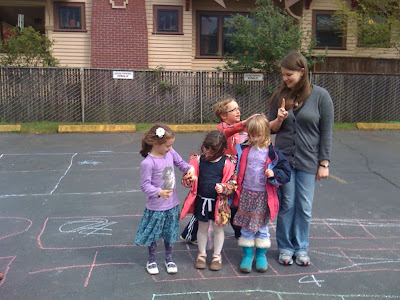 Above photo: 6 + 4 = 10 (Georgia, Phoebe, Genevieve and Caitlyn representing 4 and Jackson as the counter) 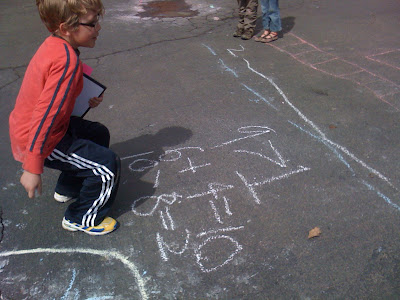 When the group finished each equation, Jackson wrote them down for everyone to see.
This math exercise closely mirrored the math we do in the classroom. It was so exciting to see math come to life with Jackson’s help.
Thanks so much Jackson.